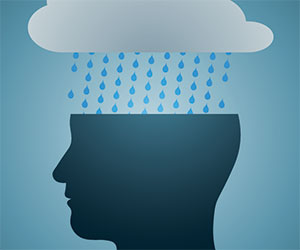 While having a social support system in place can be key to overcoming mental health challenges, having a strong relationship with social media can actually create its own challenges. Whether you're a parent, coach, significant other or someone who is personally facing mental health challenges, the story of Madison Holleran, a University of Pennsylvania runner, should serve as a warning to the negative effects "Social comparison" can have. Madison was a seemingly "normal" teenage girl attending a prestigious college and participating in a sport she adored for the school.

On the outside, as seen on her social media accounts she was a girl who was enjoying her life and opportunities – but on the inside, as seen by her closest friends and family, she was losing herself to a consuming darkness and depression. In early 2014 Madison gave up the fight and took her own life. As her friends and family tried to find the answer to why she would do something like this, they kept coming back to her usage of social media. While friends confided that they were having the same struggles at their schools, Madison couldn't reconcile that with the "perfect" pictures they posted to their social media accounts. And while Madison's own Instagram feed displays a beautiful young woman poised to take on the world, she couldn't seem to believe that her friends might be putting on the same bold front on their own accounts.

When looking at people's social media accounts it can be so easy to assume that what they're publishing is their truth, but more often than not, it's a perfect constructed version of the moment, not their actual truth and certainly not their story. Study upon study has drawn the conclusion that social media can be detrimental to our mental health – especially in prolonged usage.

A new study from the University of Houston found social media usage, namely Facebook, and depressive symptoms really do have a direct link. "Although other studies have established links between depressive symptoms and Facebook,” study author and doctoral candidate Mai-Ly Steers says, “our study is the first of its kind to determine that the underlying mechanism this association is 'social comparison.' In other words, heavy Facebook users might be comparing themselves to their friends, which in turn, can make them feel more depressed."  comparison involves comparing our most basic and non-exciting selves to our friends' shared "highlight reels."

Articles on the Effects of Social Media Usage on Mental Health

5 WAYS TO GET YOUR MIND RIGHT

ADD VITALITY AND LONGEVITY TO YOUR LIFE